It's taken me all day to decide what to write for well, two reasons.  One, because I am always inspired by the title and two, well, I am a procrastinator (I can admit it).  When I was younger, I was your typical procrastinator, to the extreme that I waited until the night before my science project was due to tell my parents about it (and that I was supposed to be doing it with a friend and we needed to go to the craft store... it was the best one in class though)!!!  Today, I'm not your typical procrastinator in the sense that I love to stay busy and love be useful at all times but I just do not have the energy!  I know, you're probably saying "yeah, yeah, yeah, join the club."  Truth is though, it's something that you just can't understand unless your have an autoimmune disease or something else that literally is causing your body to fight and harm itself (cancer, etc.).  It is the craziest thing and definitely one of the most difficult things about having Crohn's!!! I feel like I could fall asleep at any moment, I yawn ALL day long, never truly wake up (even though I never really sleep well either), and decide how I can do everything sitting down so I won't get too tired... I haven't stood up to shave my legs in the shower in years (no joke)!!! I've tried juicing and other drinks like it, Spark, and caffeine to no avail.  It's ridiculous, seriously!!! But anyway, this whole random run on really wasn't my point.

Self Induced Chaos... or Crohn's Induced Chaos, haven't really decided which yet or if it's both or if there is a difference at the moment.

I always keep a long TO DO list in my household binder and my goal is to check one big thing off it a week in addition to my daily lists.  For example, it could be: a craft project, an organization project, getting my concealed weapons permit (crossed off), gutting and taking stuff to the Goodwill, taking our glass bottles to the recycling center (since the company refuses to pick them up even though the drop off location is their facility), or this week's... re-applying or renewing mine and my husband's passports.  I was done with my husband's and halfway through my form when I got online to do some research about a question I had and I realized that we both qualified for a renewal, even though both our passports had expired after we got married and that I could fill out the form online and print them off to mail.  Easy enough right?!?!  Nope, Self Induced Chaos!!!  Dang, there is something about having to fill out a government form that causes automatic stress and no one likes to have to do the same thing over again multiple times because you made a mistake.  I totally thought I was in the clear until I got to the whole name change part.  In the state I live in, there is no legal form to change your name once you get married and our marriage certificate makes no assumptions that you will be changing your last name.  So I go searching online for help, BIG MISTAKE, it's exactly like why you should never go to WebMD when you are not feeling good and self diagnose yourself... your cold or flu like symptoms start to look like cancer by the time you are done!  Everyone was saying different things but again, my state doesn't give you actual proof you change your name unless you court petition it, so I guess I'll send my marriage certificate in and see what happens.

Crohn's Induced Chaos... my house is a disaster!!! Okay well probably not really a disaster but definitely by my standards (and probably my husband's as well). Again, how do messy houses have to do with Crohn's, well, it probably has a lot to do with my earlier rambling about lack of energy and motivation.  That, and the fact that my surgeon put me on antibiotics for the next 3 months and they are making me "sick as a dog," for lack of a better analogy. I've only twice in my entire life been able to take antibiotics without having to stop due to them making me sick.  I'm trying to stick it out because it's a course we haven't be able to try before but if the extreme nausea and headaches do not go away soon, I am definitely pulling the plug on this attempt also!!!

Ugh, next time I'll have something better to share!!! So, I'll leave you with these few thoughts and a good thing about my week. 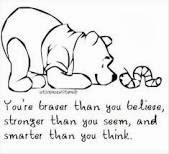 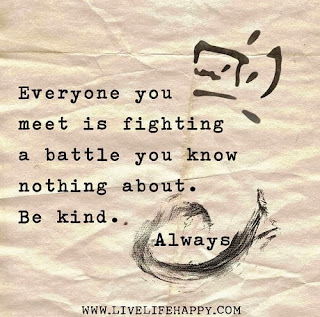 We all have struggles and also the ability to make others' loads lighter!!! 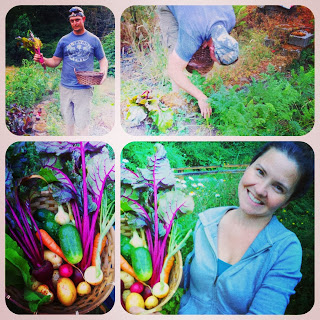 ... and my highlight of the week!!! Harvesting some of our garden with my husband!!!

Thoughts of Kristina at 10:43 PM No comments:
Labels: Crohn's

I'm Truly a Work in Progress

I have been meaning to get back to blogging for a while now (obviously, considering my last post was 11 months ago).  My computer has many unpublished and unfinished drafts but nothing I felt was complete enough to hit the "publish" button.  It's been the story of my life.  It's amazing how life passes us by when we accept the cards life deals us instead of trying to make something out of them.  It took me way to long to say "no more."  Don't get me wrong, I'm human and that doesn't mean that I won't go wandering that direction again but I refuse to sit there.

Not much has changed, but again, I guess that is what happens when you become complacent.  There are days when I say "let's do this" and then the next day I feel fortunate enough to get out of bed.  It's a crazy way to live life but I am grateful to have each day be a new day!!!  It is all about taking life day by day anyway... right?!?!

So here's the plan (that I told myself I would start 3 months ago)... I will be blogging at least every Thursday.  I set myself up a weekly schedule and my blog is the only thing that I am ignoring.  I think that for now until I get into a routine that I am going to be letting you all into my personal life a little more so that I get myself on a schedule and not just wait until I have something Crohn's related to share.  As I have said before, my disease is a part of me, but NOT who I am!!!

So here are a few pictures to get started: I turned 32 this year and celebrated it with the love of my life! 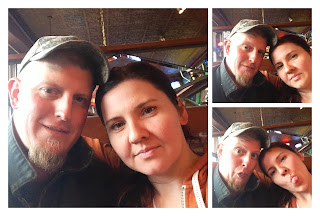 We very casually celebrated our 4th year of marriage and 15 years of being together! 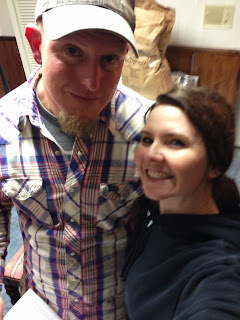 We started home brewing (for the hubby of course)! 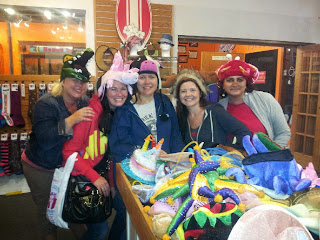 Got in a much needed Girls' Weekend with my old co-workers! 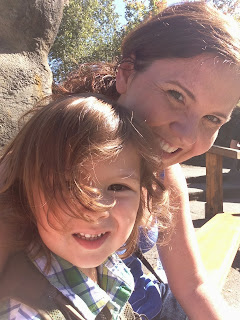 Spending every last minute I can with my cutie pie nephew Jonah! 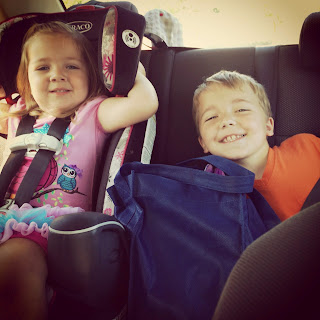 Had these cuties up to our house for a week! 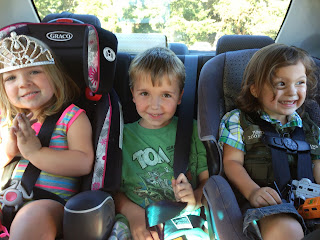 ... and like the crazy Auntie I am, I took them all to the zoo!
Thoughts of Kristina at 1:34 AM No comments:
Labels: Choices, Life
Newer Posts Older Posts Home
Subscribe to: Posts (Atom)