Oh my goodness, I'm actually sitting down and using our computer!  It almost feels like a miracle... to be actually sitting down and also to be typing on something that doesn't fit in the palm of my hands!  It has be a CRAZY past 5 1/2 months!!!  It was a super dark time filled with one thunderstorm after another and I am so thankful to be looking at the clear blue skies ahead!!!

The end of October I got sick, really sick.  I blogged about it so I won't go into too much detail but let's just say it got worse, a lot worse.  By the middle of December I couldn't handle the pain any more and was pretty much bed ridden. On December 17th I ended up having a procedure done to figure out what was going on inside and to alleviate some of my pain.  Let's just say that it did more harm than good...  Immediate after coming out of recovery, I could tell that my speech was slurred and that my tongue felt funny but the nurses thought that I'd bit my tongue and that the breathing tube might have scratched the top of my throat as it was being taken out.  I was still pretty groggy from coming out of the anesthesia so I really didn't know what was what.  When I got back to my parents' house, I was still slurring all my words so I was showing them where I bit my tongue and my dad gave me a funny look and said, "I think something is wrong, your tongue is crooked!"  So I looked and this is what it looked like... 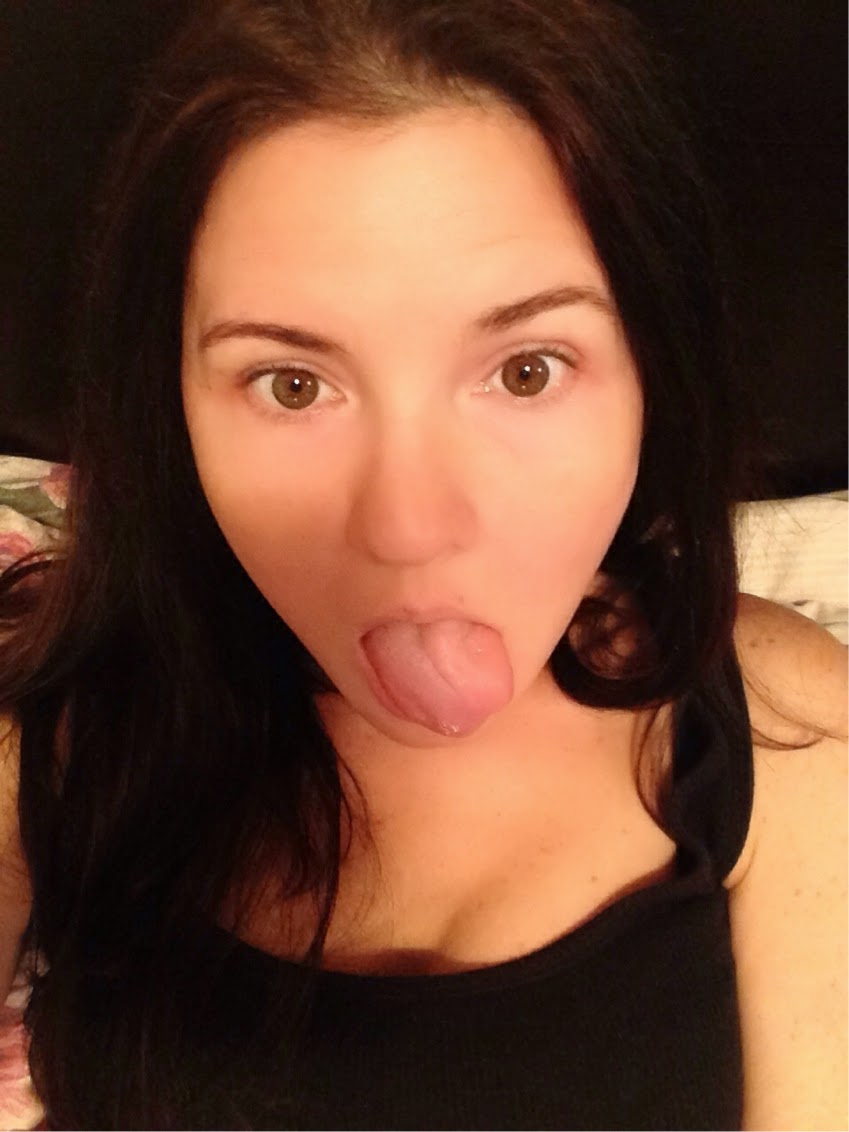 After it wasn't any better the next day and my speech was the same, I called my surgeon and he sent me straight to the emergency room to be checked out to make sure that I hadn't had a stroke while I was under sedation.  I was diagnosed with Unilateral Hypoglossal Nerve Palsy.  It means that there was damage to my 12th nerve from the breathing tube during surgery.  There has only been 5 other reported cases of this happening ever, so I was like the freak in Room 12.  I was visited by every ER nurse and doctor and some even came over from the rest of the hospital to take a look.  I also learned that it could be permanent and that only one case had a fully recovery (after 5 months of therapy).  Thank God though my speech improved after 2 weeks!!! My tongue is still crooked but not nearly as bad.  My neurologist can't find any damage to any other area that the 12th nerve controls so I will take that as a blessing!!!

The reason we did the procedure in the first place didn't pan out either.  The pain and the flare just wouldn't go away and I was continuing to lose weight like crazy!!!  By the middle of January, I was down 18 pounds and on a small framed girl like me, there isn't many places the weight can come from!  I felt like I didn't know who I was any more.  My life felt SO out of control and to top it off, my husband's job was coming to an end and we had to figure out where to go next.  And then BOOM... without any preparation or putting any extra money aside, my husband decided that we were going to buy a house!!!  He literally said it, he found a house he liked, we contacted a real estate agent, she showed us the house a few days later, we came home and got financing, put in an offer, and closed exactly one month after the day we looked at the house... it was one of the quickest closings that I'd ever seen!!!  But oh my goodness, was it stressful on me (especially since I had no clue what to expect)!  Trying to read and sign everything, and communicate with a real estate agent, a loan officer and your spouse (who wanted me to be the one to handle everything) while you are in so much pain, weak, and suffering from the most severe and constant migraines of my life had me living in a dark room and only getting up to find the next piece of information they needed or to go throw up whatever small amount of food I had managed to get down!

Once it was all over though, I had one last storm to get through... the actual moving and commuting between the 2 houses.  We weren't expecting to find something so soon and close so quickly so I ended up packing the house after we signed and we rented a uhaul the same weekend and moved the majority of our stuff to our new house... 4 hours away from the current one we were living in!!!  It was crazy! We spend Valentine's Day moving and returned the next day.  For the next month, I commuted back and forth between both houses weekly and we had so many extra trips to get the rest of our stuff because my husband was living at the old house while I was living at the new one.  Finally in mid-March, my husband got his lay-off and we were officially both in our new house!!!

We have been crazy busy! The house is small but perfect for the two of us but there are many projects ahead to make it our own!  So far we've gotten a new refrigerator and a washer and dryer.  So happy to not be using our TINY refrigerator any more and not to look at it after my husband put it down on top of my foot... I'll save you the gory pictures of that one (my foot is still bruised and messed up but at least it isn't broken).  We've also started on our project list.  My husband is AMAZING and can build anything I ask and never stops working so we make the perfect team... I design and he makes it come to life.  He's already built me shelving in the linen closet, made me a new custom closet, and built shelving in our laundry room/pantry.  I'll post all those later as we finish things up but for now, I'll leave you some pictures of the view!  It's literally heaven on earth here!!! One side of our house faces Whitehorse Mountain! 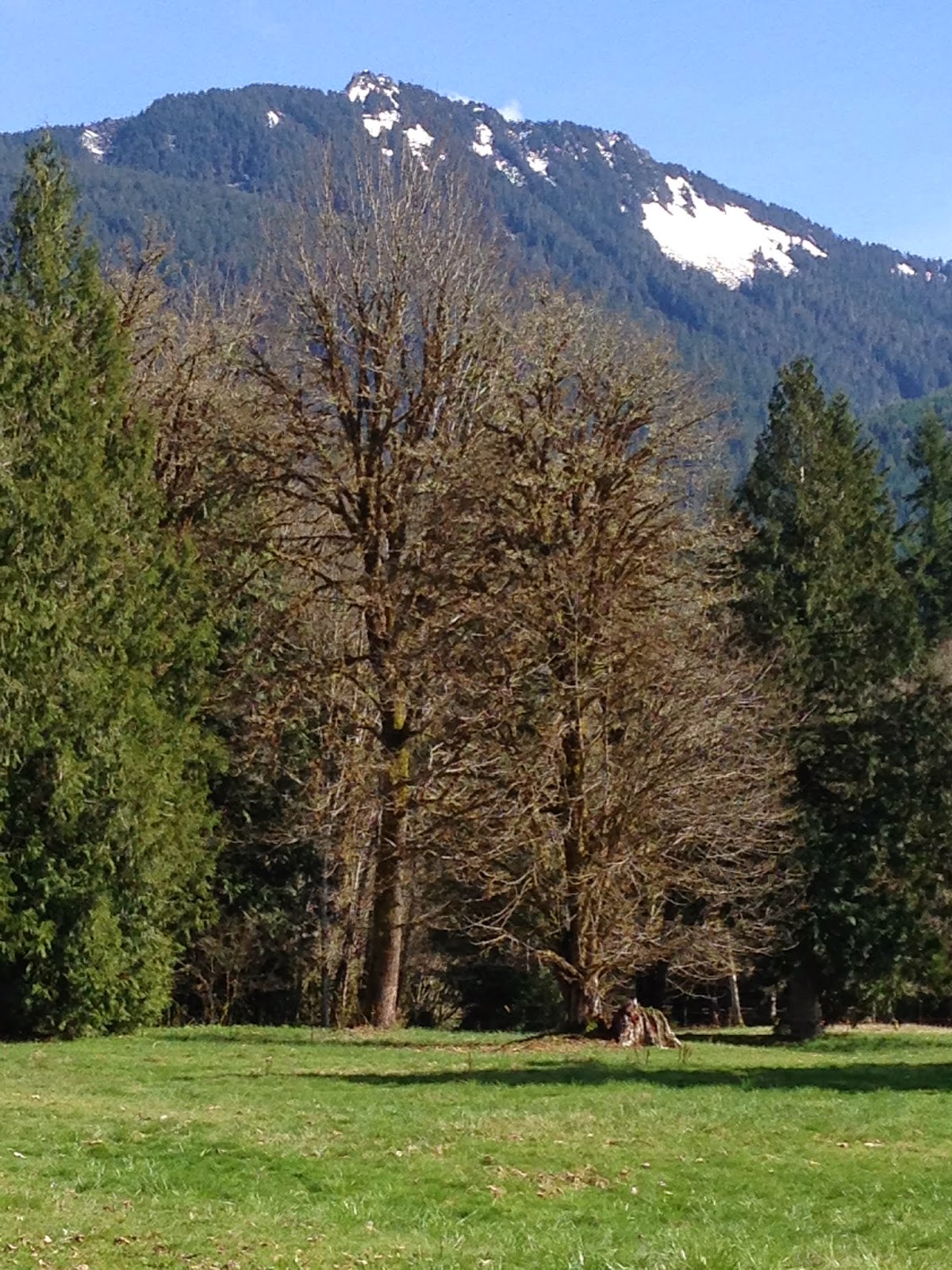 These are the mountains on the other side of the house! 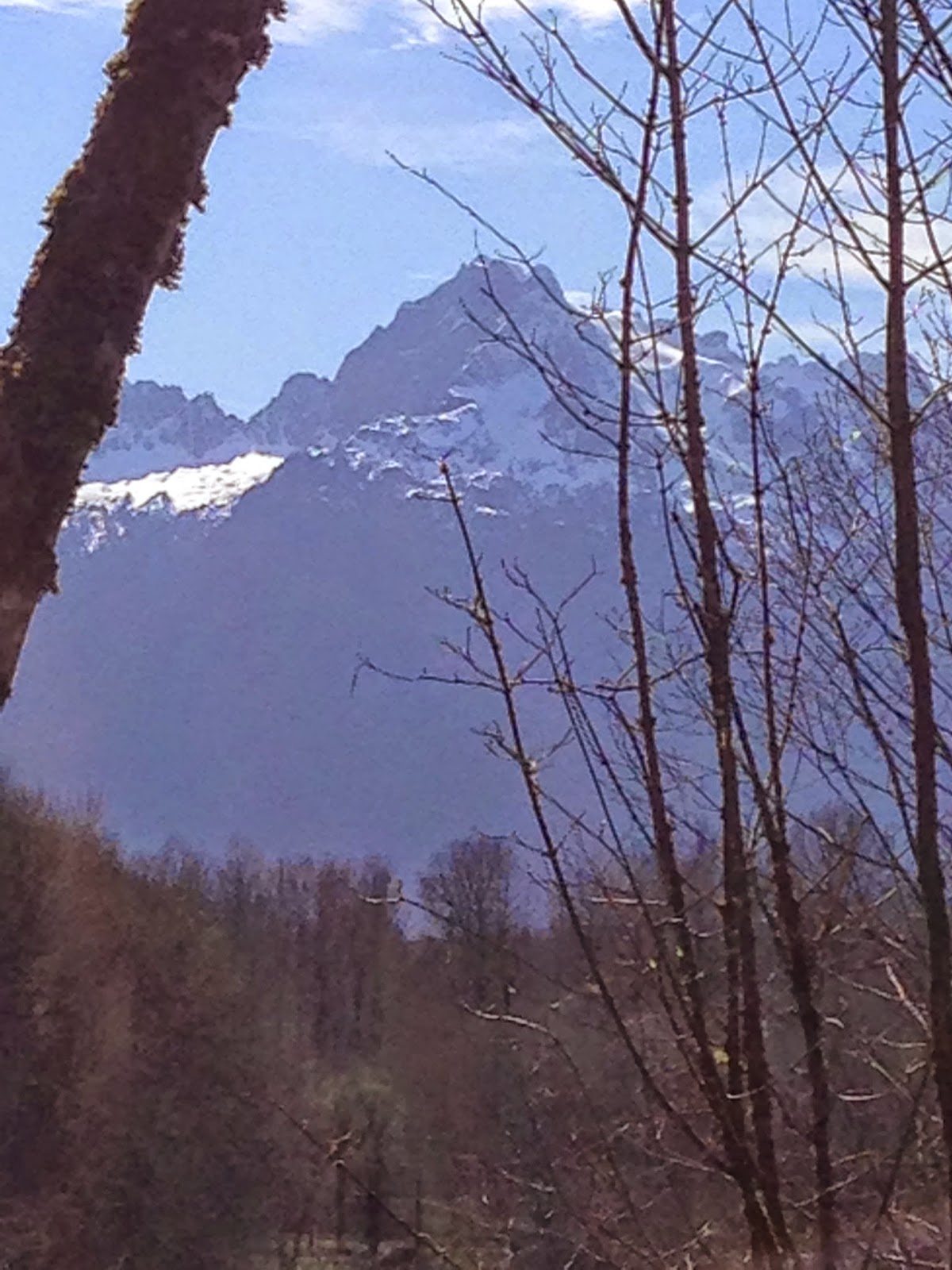 And this is the view from my living room window!!! 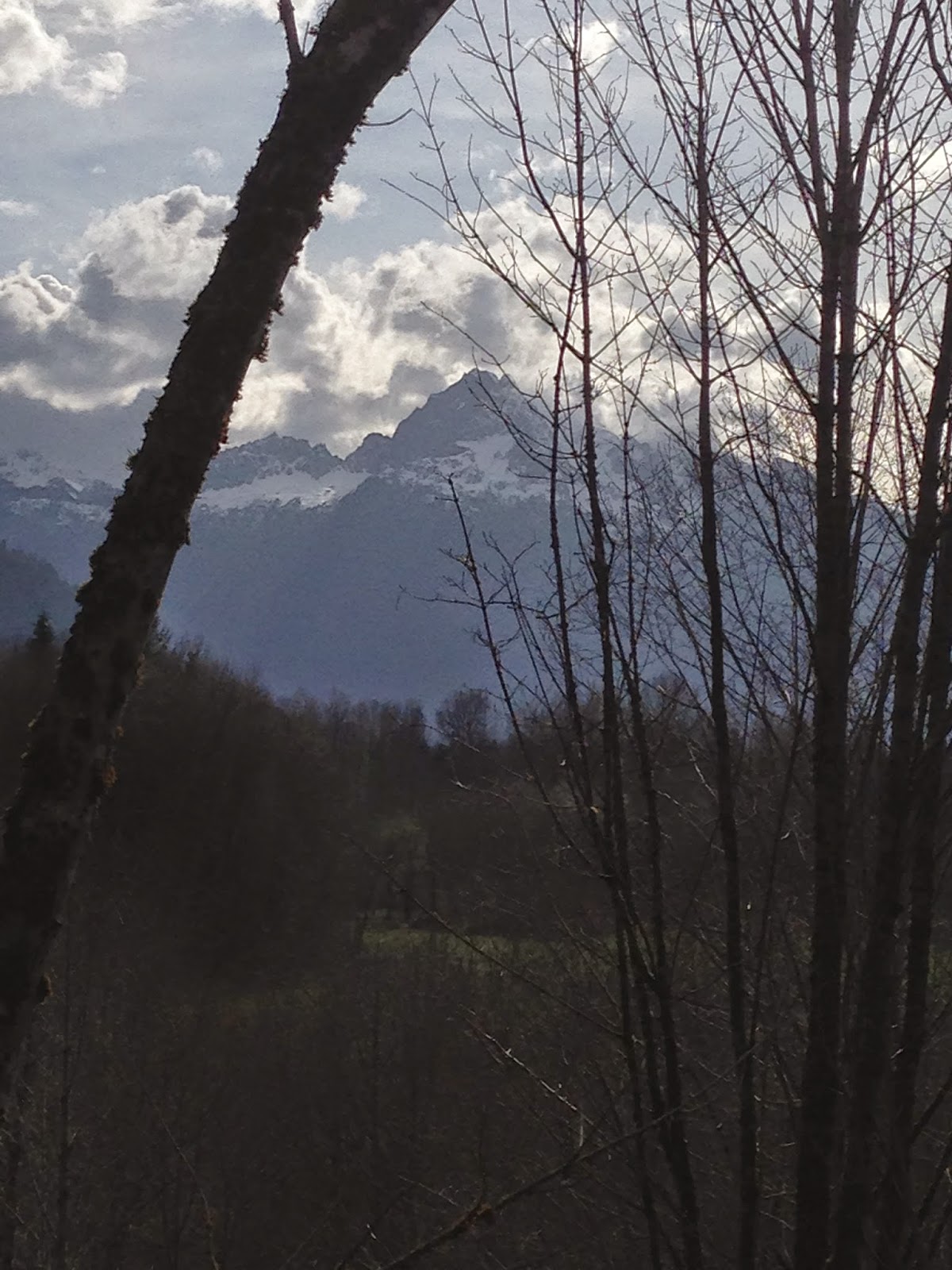 ... and one more because it's just so dang gorgeous!!! 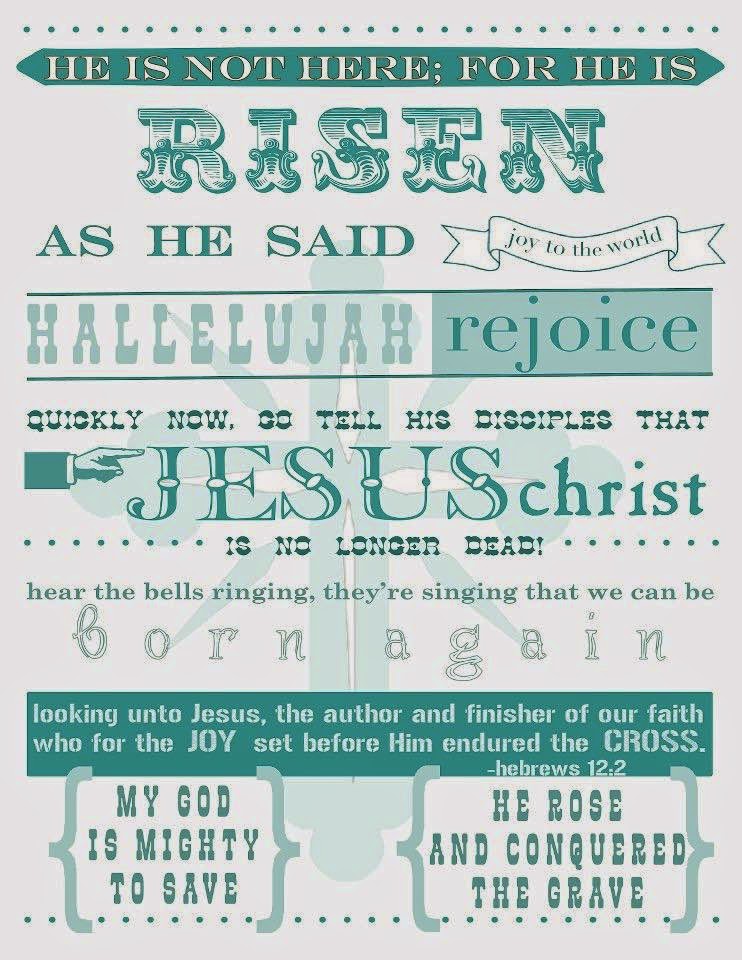